The Evergreen Rodeo takes place in the beautiful mountain community of Evergreen, Colorado, every summer on Father’s Day weekend. Members of the all-volunteer Evergreen Rodeo Association work year-round to ensure that our rodeo is one of the best.

Our Rodeo Weekend includes a fabulous Saturday morning parade through downtown Evergreen, an evening rodeo performance on Saturday and an afternoon performance on Sunday.  Come celebrate our western heritage and join this Colorado mountain tradition.

The Evergreen Rodeo Association offers its rodeo grounds for responsible use by community groups and other non-profit organizations as a community service.  If your organization is interested in reserving the grounds, please complete and submit the “Grounds Use Request” form under the All Forms Tab.  All scheduling, and each use of the grounds, must be approved in advance by the Evergreen Rodeo Association Board of Directors.

Rodeo fans are strongly encouraged to use our offsite parking and free shuttle bus service.

Free offsite parking is available at the following locations:

Parking on the Rodeo Grounds is available for $10.00 per vehicle. Space is limited.  First come, first served.  Handicapped parking is available on the grounds.

All seating is General Admission.  Many people bring blankets and sit on the hill above the bleachers.

The Rodeo is a rain or shine event.  Be prepared for our ever-changing Colorado weather.

NO PETS, NO COOLERS, NO REFUNDS.  (No kidding!)

Smoking is not allowed anywhere on the rodeo grounds.

“Great rodeo. Always a good time. They host a fun time for everyone kids and adults will have a blast”

“We had an amazing time at the rodeo and we are so glad it took place this year!”

“Look forward to the evergreen rodeo every year” 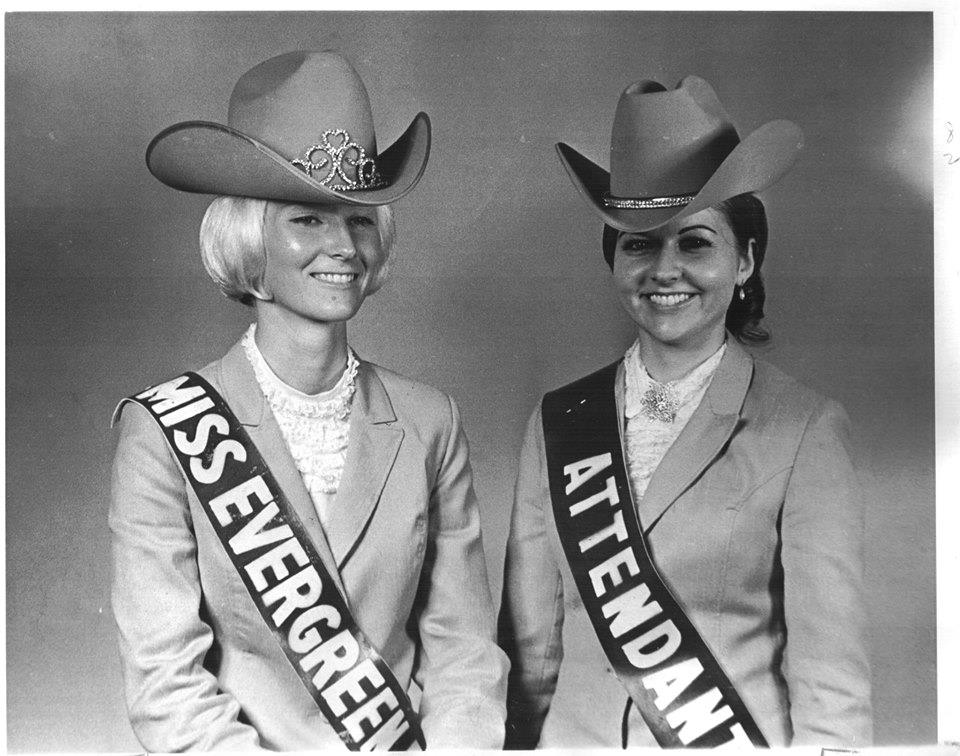 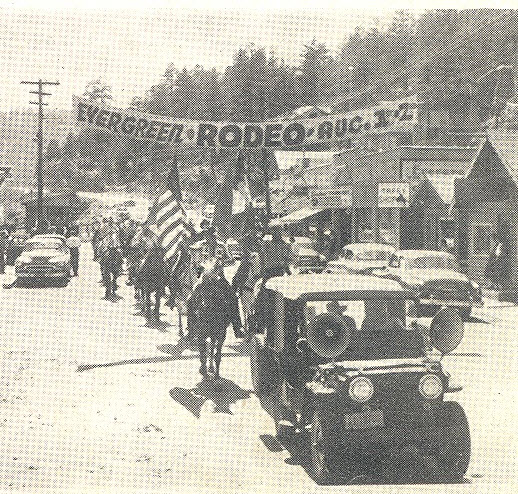 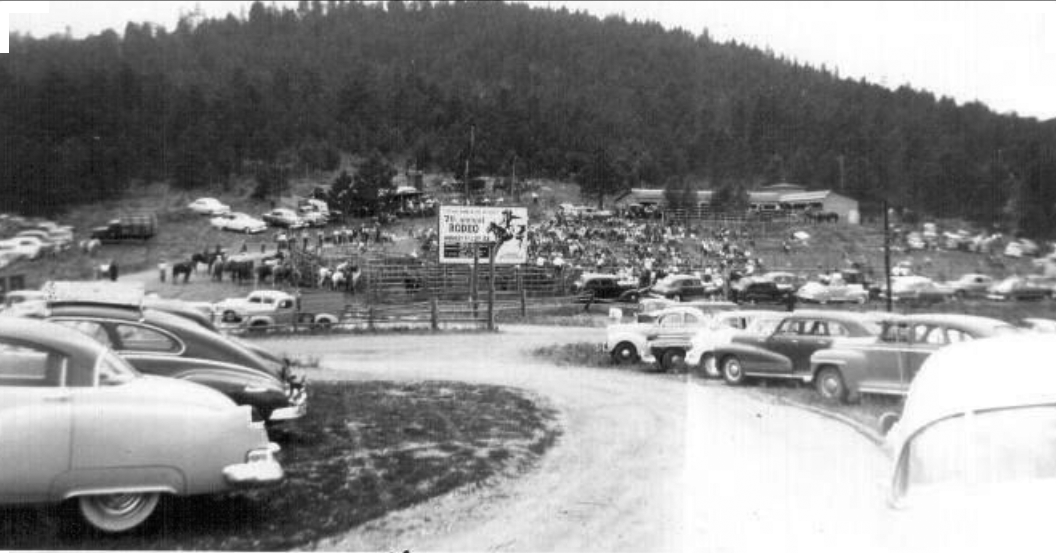 Rodeo became popular in Colorado over a century ago with the advent of the cattle industry. Evergreen, a logging and mountain ranch community that spread out for miles around Bear Creek, had its share of local rodeo rivalry.

The Evergreen Rodeo is the genuine article, with roots going back to those early days. Former Evergreen Rodeo members Lucille Counselman and Louise Hendryx joined in impromptu rodeos in the 20’s and 30’s for Troutdale Resort guests such as Tom Mix, Douglas Fairbanks, Jr., Ethel Merman and wealthy Easterners. Local hands and residents held those rodeos and the rodeo parade for the entertainment of themselves and visitors.  They still do. Today’s parade and rodeo are non-profit affairs, organized by local volunteers with proceeds going to charity.

Joe Williford was a resident of Evergreen for 50 years, and the first regularly scheduled rodeo he remembers took place in 1935. It was a local competition until 1947, when it went professional. The rodeo parades at that time were events enjoyed by almost every year-round resident. Many rode their horses as far as 15 miles to line up for the gala affair.

Professional rodeo, a big success in Evergreen after 1947, had a brief hiatus as an organized event after its first 10 years. Then, in 1966, Bear Creek Rodeo Association was formed in response to community demand. Officers and board members included local residents Joe Williford, Ray Bryant, Lee Bauguley, Ray Behr, Basil Williams, Keith Hicks, Lee Gravel, Robert Meeks, and Kayo Morgan (a world champion Saddle Bronc rider in his own right). Land for a rodeo arena was leased, then bought, in El Pinal, and the new rodeo was on its way. Equipment, materials and labor were donated by local businesses, making it a total community effort.

The first Evergreen Rodeo, held on the weekend of August 5, 1967, gained national publicity when Junior Garrison set a record in calf roping with a time of 7.5 seconds. Subsequent performances have seen famous cowboys the likes of Freckles Brown, All- around World Champions Phil Lyne and Larry Mahan, and world-famous rope artist Monty Montana. Currently, world class contestants such as Bruce Ford, J.D. Yates, his sister Kelly, Abe Morris and Shane Call appear regularly. Today, the best judges, clowns, stock contractors, and animals continue an American heritage of over 70 years in Evergreen from a rousing parade to the last bull bustin’ of the chutes. As Joe Williford said, “Rodeo? It’s in our blood.”